Hey all! Firstly I would like to apologise for the lack of updates & progress from me. This project has had to take a serious back foot due to real life stuff but I'm slowly plugging away at it when I can find the time.

This is the Second issue of the "Type 21 Systems" Series of Updates on the different Weapons & Sub-Systems found on the Type 21 Frigate. 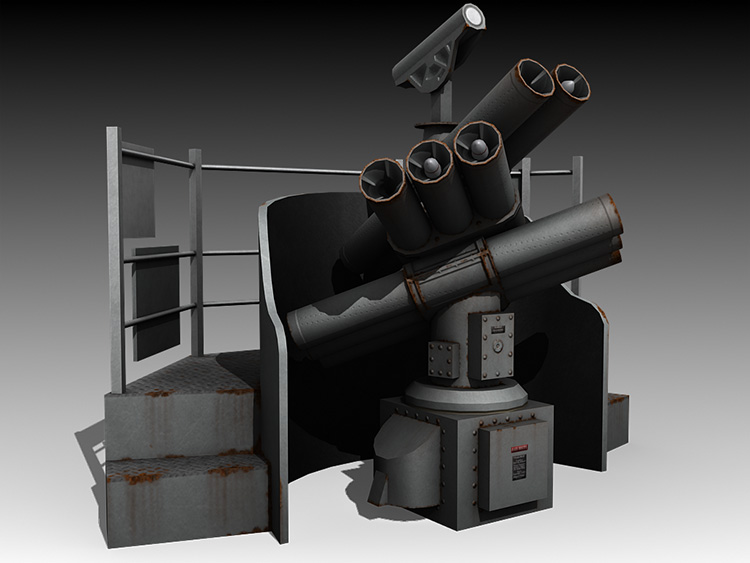 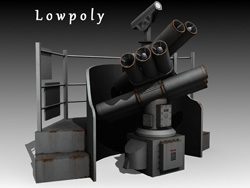 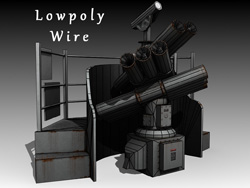 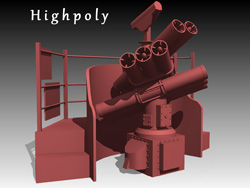 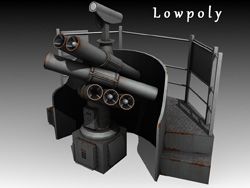 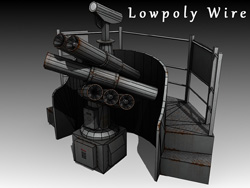 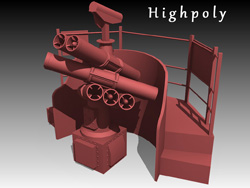 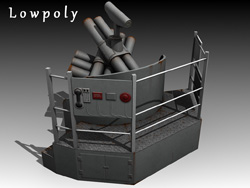 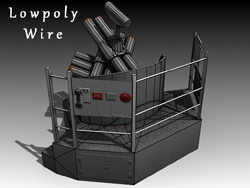 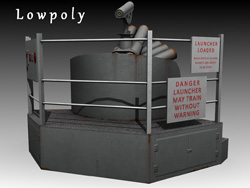 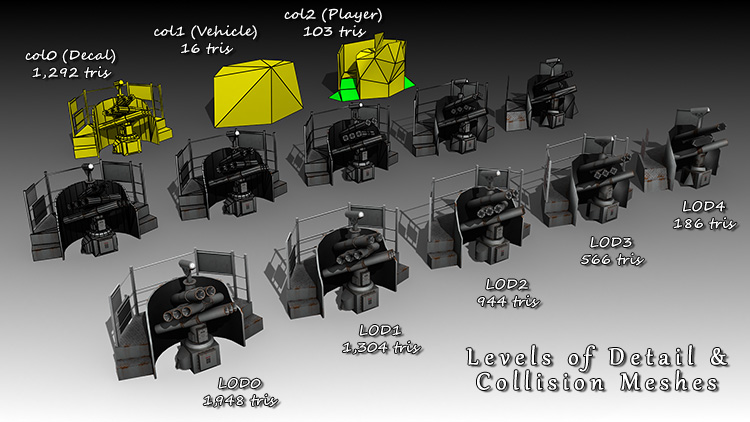 Textures (Diffuse, Normal & Spec, with the Launcher & Shield being on Separate Materials)

(Click to Enlarge)​
Disclaimer; the final texture resolution is likely to be lowered for optimisation purposes from the resolution shown in the images here.

The Corvus Chaff Launcher was is a British Shipborne Chaff Decoy Launching System that was effectively the last line of defence against Enemy Anti-Ship Missiles.

Physically, Corvus features a cylindrical rotating structure that carries eight launching tubes mounted in two sets of three (one above the other) and crossed at 90° in azimuth. Two further tubes are set above this arrangement and are aligned midway between the other tubes, all at a fixed elevation of 30°. A deck-mounted pedestal supports the rotating structure on its training bearing and houses a self-contained electrical power conversion unit for the control circuits and associated electrical equipment. The training drive consists of a gearbox driven by a reversible motor and is capable of angling the launchers 30° fore or aft to cover different sides of the ship from attack. Reloading is achieved by first rotating the launcher to face back, then rockets are slipped down in through the muzzle manually by someone standing on the platform located behind the launcher. This platform also incorporated a blast shield to deflect the backblast of the rocket.

This system works by launching chaff dispensing rockets to form a radar decoy screen around the ship, confusing incoming radar-guided missiles to where the target is.
Click to expand...

This defence system saved HMS Ambuscade (Type 21 Frigate) on 25 May 1982 after she was targeted by two Exocet missiles fired by Argentine Super Étendard attack aircraft. Ambuscade detected the aircraft at 30 miles and the missile launch at 22 miles, first with radar then visually, and fired her Corvus Chaff in an attempt to confuse the missiles' seekers. Both missiles went for the chaff and missed Ambuscade, but then locked on to the defenceless SS Atlantic Conveyor, impacting her port quarter, and she sank three days later.
You can see an animated recreation of this event in the 20th Century Battlefields: Falklands War
Documentary at 32:09.
Click to expand...

The Type 21 Frigate has two of these Chaff Launchers, Located Amidships (although non-Exoect equipped Type 21's had them on the forecastle), one Port and one Starboard, providing a total of 16 chaff rockets ready to launch at a moments notice. Extra rockets are stored in lockers on the deck between the two launchers for quick and easy access for reloading.
Click to expand...

In-Game, these Chaff Launchers will function in pretty much the same way as they did in real-life, by creating a decoy screen around the ship that will confuse incoming missiles, in a very similar manner to how anti-air missiles get confused by flares dropped by aircraft and will be the last line of defence against the Exocet Anti-Ship Missile.

Please note; how this system works ingame is still very subject to change depending on how we code it and making it balanced. We plan on making a video covering all the gameplay aspects of the Frigate & its Weapons / Systems nearer to its release.

However, what I can confirm right now is the Ship's Captain (Driver) will have full control over this system and will be able to angle them 30° fore and aft from the parallel to cover attacks from the bow or stern as well as port and starboard.
Click to expand...

And 16 rockets (eight in each launcher) will be loaded and ready to fire, but how exactly they are fired and reloaded is still dependant on balance.
Click to expand...

Thanks for reading and stay tuned for more updates! :mrgreen: